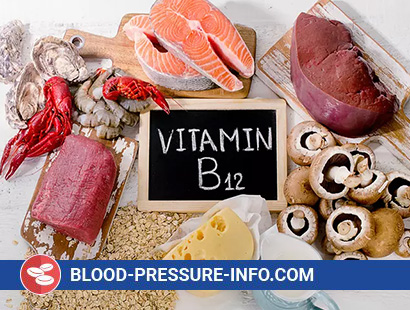 What is B12 Deficiency Anemia?

Pernicious anemia (from the Latin. Perniciosus – fatal, dangerous) or B12-deficient anemia or megaloblastic anemia or Addison-Birmer’s disease or (outdated name) malignant anemia is a disease caused by impaired blood formation due to lack of vitamin B12 in the body. Bone marrow and tissues of the nervous system are especially sensitive to the deficiency of this vitamin.

In 1855, the English physician Thomas Addison, and then in 1872, the German physician Anton Birmer described in more detail a disease that was called malignant (pernicious) anemia. Soon, the French doctor Armand Trusso suggested that these diseases be called Addison Anemia and Addison’s Disease.

In 1926, J. Whipple, J. Minot and W. Murphy reported that pernicious anemia is treated by administering a raw liver to the diet and that the disease is based on the innate inability of the stomach to secrete a substance necessary for absorption of vitamin B12 in the intestine. For this discovery they received the Nobel Prize in 1934.

Megaloblastic anemia is a group of diseases characterized by a weakening of DNA synthesis, as a result of which the division of all rapidly proliferating cells (hematopoietic cells, skin cells, gastrointestinal cells, mucous membranes) is impaired. Hematopoietic cells are among the most rapidly proliferating elements, so anemia, and also often neutropenia and thrombocytopenia, come to the fore in the clinic. The main cause of megaloblastic anemia is a deficiency of cyanocobalamin or folic acid.

Various etiological factors can cause a deficiency of cyanocobalamin or folic acid (less often combined insufficiency of both) and the development of megaloblastic anemia.

Cyancobalamin deficiency can be caused by the following reasons:
– low content in the diet;
– vegetarianism;
– low absorption;
– lack of internal factors;
– pernicious anemia;
– gastrectomy;
– determination of the gastric epithelium of chemicals;
– infiltrative changes in the stomach; (lymphoma or carcinoma);
– crohn’s disease;
– celiac disease;
– resection of the ileum;
– atrophic processes in the stomach and intestine;
– increased utilization of vitamin B12 by bacteria with their excessive growth;
– a condition after imposing a gastrointestinal anastomosis;
– jejunum diverticula;
– intestinal stasis or obstruction due to strictures;
– worm infestation;
– wide tapeworm (Diphyllobotrium latum);
– pathology of the absorbing area;
– ileal tuberculosis;
– lymphoma of the small intestine;
– sprue;
– regional enteritis;
– other reasons.
– congenital absence of transcobalamin 2 (rare)
– abuse of nitrous oxide (inactivates vitamin B12 by oxidizing cobalt);
– impaired absorption due to the use of neomycin, colchicine.

Causes of folate deficiency can be:

The role of cyanocobalamin and folic acid in the development of megaloblastic anemia is associated with their participation in a wide range of metabolic processes and metabolic reactions in the body. Folic acid in the form of 5,10 – methylenetetrahydrofolate is involved in the methylation of deoxyuridine, which is necessary for the synthesis of thymidine, and 5-methyltetrahydrofolate is formed.

In case of insufficiency of folates and (or) cyanocobalamin, the process of incorporation of uridine into the DNA of developing hematopoietic cells and formation of thymidine is disturbed, which causes DNA fragmentation (blocking its synthesis and impaired cell division). At the same time, megaloblastosis occurs, there is an accumulation of large forms of leukocytes and platelets, their early intraosseous cerebral destruction and shortening of the life of circulating blood cells. As a result, hematopoiesis is ineffective, anemia develops, combined with thrombocytopenia and leukopenia.

In addition, cyanocobalamin is a coenzyme in the reaction of converting methylmalonyl-CoA to succinyl-CoA. This reaction is necessary for the metabolism of myelin in the nervous system, in connection with which a deficit of cyanocobalamin, along with megaloblastic anemia, affects the nervous system, while folate deficiency only develops megaloblastic anemia.
Cyancobalamin is found in foods of animal origin – liver, kidneys, eggs, milk. Its reserves in the body of an adult (mainly in the liver) are large – about 5 mg, and if you consider that the daily loss of vitamin is 5 μg, then the complete depletion of reserves in the absence of receipt (violation of absorption, with a vegetarian diet) occurs only after 1000 days . Cyancobalamin in the stomach binds (against the background of the acidic reaction of the environment) with an internal factor – a glycoprotein produced by the parietal cells of the stomach, or other binding proteins – the R-factors found in saliva and gastric juice. These complexes protect ciancobalamin from destruction during transport through the gastrointestinal tract. In the small intestine with an alkaline pH value under the influence of pancreatic protein proteases, cyancobalamin is cleaved from R-proteins and combined with an internal factor. In the ileum, an intrinsic factor complex with cyanocobalamin binds to specific receptors on the surface of epithelial cells, the release of cyanocobalamin from intestinal epithelium cells and transport to tissues occurs through special plasma proteins, transcobalamin 1,2,3, and cyanocobalamin is transported to hematopoietic cells mainly transcobalamin 2.

Folic acid is found in the green leaves of plants, fruits, liver, and kidneys. Folate reserves are 5-10 mg, the minimum need – 50 mg per day. Megaloblastic anemia can develop after 4 months of complete lack of folate intake from food.

B12-deficient anemia develops relatively slowly and may be asymptomatic. Clinical signs of anemia are not specific: weakness, fatigue, shortness of breath, dizziness, palpitations. Patients are pale, subicteric. There are signs of glossitis – with areas of inflammation and atrophy of the papillae, lacquered tongue, there may be an enlarged spleen and liver. Gastric secretion sharply decline. When fibrogastroscopy revealed atrophy of the gastric mucosa, which is confirmed histologically. Observed and symptoms of damage to the nervous system (funicular myelosis), which do not always correlate with the degree of anemia. In the main neurological manifestations is the demyelination of nerve fibers. Distal paresthesia, peripheral polyneuropathy, sensitivity disorders, increased tendon reflexes are noted.

Thus, a triad is characteristic of B12-deficient anemia:

The complex of therapeutic measures for B12 – deficient anemia should be carried out taking into account the etiology, severity of anemia and the presence of neurological disorders. When treatment should focus on the following provisions:

Hemotransfusions are performed only with a significant decrease in hemoglobin and manifestation of symptoms of a comatose state. It is recommended to inject an erythrocyte mass of 250 – 300 ml each (5 – 6 transfusions).

Prednisolone (20 – 30 mg / day) is recommended for the autoimmune nature of the disease.

The most commonly used cyanocobalamin in doses of 200-300 micrograms (gamma). This dose is used if there are no complications (funicular myelosis, coma). Now apply 500 micrograms daily. Enter 1-2 times a day. If there are complications, 1000 mcg. After 10 days, the dose is reduced. Injections last 10 days. Then, over a period of 3 months, 300 micrograms are administered weekly. After that, for 6 months, 1 injection is given in 2 weeks.

Criteria for evaluating the effectiveness of therapy:

Prevention in healthy people is provided with a balanced diet, including meat and fish products. Vegetarians benefit from the regular inclusion in the diet of milk and soy. After laboratory studies (see above), we can recommend parenteral administration of 50-100 mcg of vitamin B12 preparation 1–2 times a month or daily intake of tablets containing cyanocobalamin.

For the purpose of prevention, it is also important to timely identify patients with diphyllobothriasis (carriers of a wide tapeworm); de-worming. For diseases (and after operations), accompanied by impaired absorption of cyanocobalamin, should be under the control of laboratory tests (the content of vitamin B12 in the urine and blood) to appoint therapeutic or prophylactic courses of vitamin therapy.