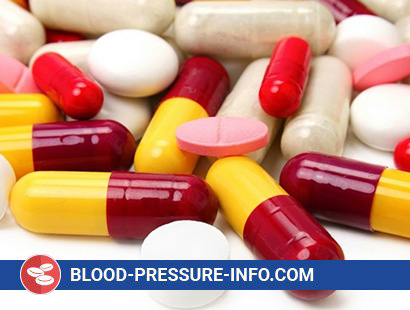 Depending on the level of blood pressure, the degrees of arterial hypertension are distinguished, which are described below.

Arterial hypertension is very often found, especially among patients of not old age – more than 40%. AH of the first or second degree slightly increases the risk of cardiovascular complications during anesthesia. Higher values ​​of pressure are accompanied by saying that there may be more complications and they are more serious.

In planned patients with AH of grade 3 (systolic pressure> 180 mm Hg and / or DBP> 110 mm Hg), one should consider the possibility of delaying the intervention to optimize the therapy of hypertension.

Drugs that are used to treat hypertension, and means for anesthesia, with the interaction can lead to the development of resistant hypotension and other intraoperative complications. The criterion for correctly selected medical hypotensive therapy for routine surgical intervention is the normal age level of arterial pressure in a patient with a deviation of ± 20%.

Important times for the safe conduct of anesthesia are also the time during which BP normalized. The patient’s body needs a lot of time to adapt to a lower level of blood pressure. For example, a patient with hypertension of the third degree, using intravenous vasodilators, can “normalize” the pressure within a few tens of minutes. And if such a patient begins to carry out, for example, epidural anesthesia, then the likelihood of developing a stroke, uncontrolled hypotension, a heart attack will increase rapidly.

Doctors should pay attention to the fact that it is unacceptable to carry out an intensive correction of arterial hypertension of the 2nd-3rd degree before the planned operation for one or two days. And even more so – for 3-4 hours. It is necessary, at least, two or three weeks to choose the best antihypertensive therapy. We also note that the standards for the treatment of hypertension are allocated for this purpose for at least a month (30 days).

The question is raised, whether it is necessary to interrupt reception of antihypertensive drugs before the operation? Among experienced specialists, there is no common opinion whether or not to stop taking medications on the eve of the intervention. For example, some experts believe that patients should continue taking antihypertensive drugs in the usual regime until an hour of surgical treatment. And basically, special problems during the anesthesia allowance in connection with such tactics of patient management does not arise.

But today more specialists cover a different approach, which, in their opinion, provides the best hemodynamic stability of the patient during anesthesia:

The main task is to maintain the optimal level of blood pressure during the operation. If there are no special indications, then the physicians are guided by the “working” level of pressure of the sick patient ± 20%. In patients older than 80 years, SBP should preferably not be reduced to less than 150 mm Hg. Art.

Arterial pressure during anesthesia in patients with hypertension may vary significantly. It is capable not only to increase sharply, but also to decrease sharply. For prevention there are such tricks:

If it is planned to carry out controlled ventilation, then 2-3 minutes before intubation it is recommended to inject an increased dose of analgesic (fentanyl is effective at a dose of 3-5 μg / kg) and induction with a drug that does not increase blood pressure (midazolam, propofol, thiopental sodium, diazepam etc). Increasing blood pressure during intubation is a separate anesthetic problem.

When carrying out intravenous anesthesia, as an anesthetic should choose thiopental sodium, propofol, because these are drugs that do not increase blood pressure in humans. It is not necessary to reduce the medicamentous pressure before conducting epidural and spinal anesthesia. Enough to strengthen sedation (midazolam, propofol, diazepam).

When blocking peripheral nerves in an anesthetic, it is recommended to add clonidine (as an adjuvant), which improves the quality of anesthesia and simultaneously – somewhat reduces the patient’s pressure. But, in the overwhelming majority of cases, it is enough to add ataraktika to premedication (a good effect is given in this regard by diazepam and midazolam).

A sharp decrease in blood pressure in a patient can threaten with various complications that are associated with insufficient blood supply to various organs – myocardial ischemia, stroke, kidney failure, and so on.

Doctors should remember that against the background of antihypertensive therapy, traditionally used to correct hypotension, vasopressors – ephedrine and phenylephrine – may not have the desired effect. In this case, for the treatment of hypotension, norepinephrine (Noradrenaline), epinephrine (adrenaline) or vasopressin is used.

It is considered to be a perioperative arterial hypertension in a person when the systolic blood pressure during the operation, and in the chamber of post-nasal awakening, corresponds to one of the following conditions:

The most common cause of perioperative hypertension is the activation of the sympathetic nervous system, combined with insufficient depth of blockade of nociceptive stimulation during anesthesia and surgery. Therefore, the traditional method of stopping intraoperative hypertension is called a deepening of anesthesia with the help of narcotic analgesics, inhalation anesthetics and benzodiazepines.

It is recommended for this purpose to take propofol (a bolus of 25-50 mg until the effect is obtained, then, if necessary, you can switch to continuous administration). The drug acts quickly, has a short half-life, is well combined with virtually all drugs that are used for anesthesia.

In many cases, you can appoint a magnesium sulfate patient with a dose of 2-5 g per injection, inject it not immediately, but for 10-15 minutes. This drug not only gently reduces blood pressure, but significantly reduces the need for analgesics during surgery, and in the early postoperative period, improves the quality of anesthesia. In cases that are resistant to this therapy, and also when the pressure needs to be reduced in a short time, doctors use antihypertensive drugs with a short half-life.

Doctors need to take into account that if the patient has been taking beta-adrenoblockers or alpha-adrenergic agonists for a long time, for example clonidine (clonidine), then taking these medicines should be continued after the operation, otherwise, withdrawal can occur with a sharp increase in blood pressure.

First and foremost, treating doctors pay attention to the maintenance of adequate analgesia. As early as possible, it is necessary to resume the intake of those antihypertensive drugs that were effective in this person before the operation. In choosing a drug, specialists sometimes use a special table. But the routine appointment of calcium antagonists medics is not advised, since it is associated with an increased risk of postoperative vascular complications.

Low doses of antihypertensive drugs should be used at the initial stage of treatment, starting with the minimum dosage of the drug (the goal is to reduce adverse side effects). If there is a good response to a low dose of this drug, but blood pressure control is still not enough, it is recommended to increase the dosage of this drug, provided it is well tolerated.

Effective combinations of small doses of antihypertensive agents should be used to minimize blood pressure with minimal side effects. This means that when one medication is ineffective, a small dose of the second drug is preferred, rather than an increase in the dosage of the primary drug.

It is necessary to carry out a complete replacement of one class of drugs, to another class of drugs: with a low effect or poor tolerance without increasing the dosage or adding another drug.

Such priority combinations of antihypertensive drugs are recommended:

All situations in which this rapid decrease in blood pressure is required are divided into 2 large groups:

In the same group, the complicated hypertensive crisis is reckoned as a sudden (several hours) and a significant increase in blood pressure relative to the level usual for a person. Increased blood pressure leads to the appearance or worsening of symptoms on the part of the target organs:

For an emergency reduction in blood pressure, parenteral drugs such as:

Recommendations. To avoid ischemia of the central nervous system, kidneys and myocardium, you do not need to lower your blood pressure too quickly. The systolic pressure should be reduced by 25% of the baseline in the first two hours, and to 160/100 mm Hg. Art. – over the next 2-6 hours. In the first 2 hours after the onset of antihypertensive treatment, you need to monitor BP every 15-30 minutes. Dosage of the drug doctors are selected individually. Preference is given to drugs (in the absence of contraindications in each case) with a short half-life.

In itself, a sharp increase in blood pressure, without manifestations of symptoms from other organs, requires mandatory, but not so urgent intervention. It can be stopped by oral administration of drugs with a relatively fast action (calcium antagonists (nifedipine), beta adrenoblockers, short-acting ACE inhibitors, clonidine, prazosin, loop diuretics).

It should be noted that the parenteral route of taking antihypertensive drugs should be the exception rather than the rule. That is, in most cases it is not used.

Examples of appointments in such cases: