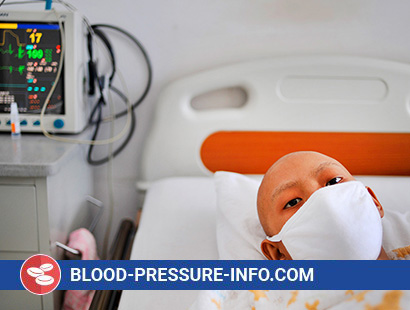 What is Acute Lymphoblastic Leukemia?

Acute lymphoblastic leukemia is a group of heterogeneous malignant neoplasms from cells – lymphoid precursors (lymphoblasts) that have certain genetic and immunophenotypic characteristics.

Acute lymphoblastic leukemia is the most common leukemia in childhood and adolescence. The peak incidence occurs at the age of 1 year to 6 years. They occur with damage to the bone marrow, lymph nodes, spleen, thymus, and other organs.

Acute lymphoblastic leukemia often affects children. Its peak falls on 2-4 years. Among adults, this form of acute leukemia occurs in 10-15% of patients.

The genetic basis for the development of acute lymphoblastic leukemia lies in changes in the structure of chromosomes, i.e. chromosomal aberrations. In leukemia, specific or primary and nonspecific aberration chromomonoms are distinguished. The primary ones include translocation, deletion, inversion, amplification of chromosome regions containing oncogenes, genes of cell receptors, genes of growth factors. Such changes can form new DNA sequences and the appearance of new properties in the cell, the formation of a specific clone. Secondary chromosomal aberrations appear at the stage of tumor progression as a result of changes in the formed clone. Moreover, similar aberrations can be observed with different variants of leukemia. So, the Philadelphia chromosome can be detected in both acute and chronic leukemia.

The reasons for the development of acute lymphoblastic leukemia in children are still not precisely established, however, there is evidence of a large importance of infectious diseases in infancy, the effects of various physical ones (for example, X-ray diagnostics, radiation therapy, ionizing radiation), the effect of chemical mutagens. when exposed to benzene, among patients receiving cytostatic immunosuppressants (imuran, cyclophosphamide, leukaran, sarcolysin, mustargen, etc.), biological (viral) mutagens on the mother’s body during pregnancy. The relationship between many congenital chromosomal abnormalities and the development of acute leukemia has also been proven.

In bone marrow, peripheral blood, and other organs, tumor cells such as lymphoblasts with SEC-positive granules in the cytoplasm are found that do not give reactions to peroxidase, esterases, and lipid-free ones.

In 2/3 of cases, tumor cells show cytogenetic disorders in the form of polyploidy, the Philadelphia chromosome and reciprocal translocation between the chromosomes.

The cytogenesis of acute lymphoblastic leukemia is associated with the precursors of T and B lymphocytes. T-cell leukemia in Europe accounts for 10-15% of cases. B-cell leukemia predominates.

There are two types of acute lymphoblastic leukemia: B-linear and T-linear, depending on the type of cells – lymphoid precursors.

All leukocytes in the human body are divided into 2 types – granulocytic and agranulocytic (granular and non-granular), these two groups, in turn, are divided into eosinophils, basophils, neutrophils (granulocytic), and lymphocytes (B- and T-type) and monocytes (agranulocytic). In the process of maturation and development (differentiation), all cells go through several stages, the first of which is the blast stage (lymphoblasts). Due to a tumor in the bone marrow, the lymphocytes do not have enough time to develop in order to fully perform their protective functions. For the most part, in acute lymphoblastic leukemia, B-lymphocytes are affected (in about 85% of cases), which are responsible for the formation of antibodies in the body.

Quite rare complications can be kidney damage due to infiltration (clinical manifestations may not be present) and effusion pericarditis due to impaired lymphatic flow between the endocardium and the epicardium.

The clinical onset of the disease may coincide with the aleukemic and leukemic phases. Often there are nonspecific changes in the blood associated with a violation of the structure of the bone marrow: single red blood cells, myelocytes, promyelocytes – signs of myeloma. Puncture of bone marrow, revealing blast cells in a large percentage, resolves all diagnostic difficulties.

The morphology of blast cells has some features: a nucleus with a delicate chromatin network, like all blasts, is usually round, has 1-2 large nucleols in many nuclei, and does not contain granular cytoplasm. As with all acute leukemia, the shape of the nucleus changes during the disease: it becomes irregular, its size grows; the rim of the cytoplasm also increases.

Specific histochemical features of this leukemia: blast cells do not detect peroxidase, phospholipids, esterases, and the glycogen detected by the PAS reaction is distributed in the cytoplasm by clumps in the form of a necklace around the nucleus.

The B-form of acute lymphoblastic leukemia includes leukemic stages of lymphosarcoma, Burkitt’s lymphosarcoma, and very rare blast crises of chronic lymphocytic leukemia. Leukemia cells with this form are characterized by a high density of IgM on their surface.

The features of the T-form of acute lymphoblastic leukemia are clinically more clearly studied. The above form is most often detected in children of an older age group, while the average age of patients is 10 years. According to most data, the average life expectancy of patients with this form of acute leukemia is less than 24 months, exacerbation in half of cases begins with extramedullary growth – more often with damage to the nervous system.

Blast cells in their antigenic structure are more likely to resemble thymocytes and pretimocytes than peripheral T cells. Also, these cells retain some of the functional properties of suppressors. The cytochemical feature of T-blasts is the high activity of acid phosphatase, its localization in the cytoplasm.

The general characteristic of acute lymphoblastic leukemia refers mainly to its neither T- nor B-form, which includes about 70% of cases.

By antigenic and enzymatic features, neither T– nor B-form cells are lacking the determinants of peripheral T- and B-lymphocytes. However, such cells have the features of thymocyte precursors: they react with an antiserum to thymic antigens, with some antisera of chronic lymphocytic leukemia, and contain a lot of deoxynucleotidyl transferase. Another feature of these cells is that they have a lot of Ia antigen, which is characteristic of B cells.

New forms are basically separated from neither the T- nor the B-form. So, the pre-B form of acute lymphoblastic leukemia was isolated: the blasts representing it belong to the early cells – the precursors of B-lymphocytes, since they contain cytoplasmic immunoglobulin – the IgM heavy chain – and do not have immunoglobulins on the surface. The above-described form of acute, essentially B-cell leukemia has a significantly more favorable course than the B-form.

Leukemia, represented by lymphoblasts with the same antigenic markers but containing the Ph’chromosome, separated from neither the T– nor the B-form. This form of acute lymphoblastic leukemia occurs in older children – after 10 years; it flows unfavorably, giving a short improvement.

T-cell forms of acute lymphoblastic leukemia can be accompanied by high eosinophilia. In this case, leukocytosis occurs in the blood, eosinophilia reaches 80-90%, and blast cells may be absent. High eosinophilia requires bone marrow puncture, in which, in the case of leukemia, a high percentage of blast cells is found. In remission, eosinophilia disappears and reappears, sometimes as the first sign of relapse.

In children, an increase in submandibular lymph nodes is often due to chronic tonsillitis, and an enlargement of the spleen is a common reaction to infection. Leukemic infiltration of the lymph nodes gives them density (the nodes are usually painless), the supraclavicular lymph nodes increase more often, and not the submandibular ones, as with tonsillitis. In doubtful cases, organ puncture is always indicated: this is especially true for the spleen, since it may contain local recurrence with an almost continuous blast content in punctate. Timely diagnosis of acute lymphoblastic leukemia as a “fast” leukemia is of great importance not only because of the speed of the process itself, but also because of the entry of pathological cells into the meninges.

According to the clinical picture, the ability to keep normal hematopoiesis sprouts intact, the frequency of the first remission, acute lymphoblastic leukemia in adults is similar to the childhood version.

The spleen and lymph nodes in acute lymphoblastic leukemia increase for the most part simultaneously with the process in the bone marrow. In contrast to acute myeloid leukemia, this increase in this leukemia is not a new stage of progression. Leukemic cells, infiltrating lymph nodes and the spleen, are usually sensitive to the same cytostatic drugs as the cells in the bone marrow.

As a rule, improvement is achieved by using a complex of cytostatic agents. Further continuous treatment with cytotoxic drugs keeps the improvement for months or years. However, adults often have exacerbations of the disease. An exacerbation can be either only local: the appearance of neuroleukemia, nerve root infiltration or testicular infiltration, leukemic episiscleritis (inflammation of the outer shell of the eyeball), or bone marrow. Local exacerbation is determined by spinal puncture, or patients develop pain due to infiltration of the roots. Bone marrow exacerbation may not be accompanied by the release of blast cells into the blood, therefore, the doctor performs a thoracic puncture regularly: every month in the first year of improvement, and then once every 3 months. In addition, thoracic puncture is done when blasts appear in the blood and cytopenia independent of cytostatics.

An obvious indication for a bone marrow examination should be obvious clinical signs of exacerbation: an increase in lymph nodes, the appearance of bone pain, radicular syndrome, subfebrile condition, and simply unmotivated deterioration of the general condition. The signs of the disease during the period of exacerbation of acute lymphoblastic leukemia are stronger than during its first attack. Each subsequent exacerbation develops more malignant than the previous ones, and has a worse prognosis.

Metastasis of the process into the testes and meninges, the most frequent in acute lymphoblastic leukemia of children, represents a new stage of tumor progression, the process of mediastinal nodes, early damage to the central nervous system and age younger than 1 year and older than 10 years.