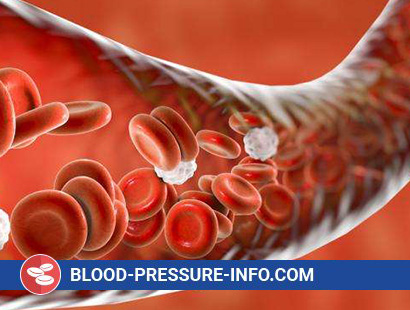 Paroxysmal nocturnal hemoglobinuria is a rare acquired disease caused by a violation of the red blood cell membrane and characterized by chronic hemolytic anemia, alternating or permanent hemoglobinuria and hemosiderinuria, phenomena, thrombosis and bone marrow hypoplasia. Paroxysmal nocturnal hemoglobinuria is one of the rare forms of hemolytic anemia. For 500,000 healthy individuals, 1 case of this disease occurs. This disease is usually diagnosed for the first time in people in the age group of 20-40 years, but can also occur in the elderly.

Paroxysmal nocturnal hemoglobinuria is an acquired disease, apparently caused by an inactivating somatic mutation in one of the stem cells. The mutant gene (PIGA) is located on the X chromosome; mutation disrupts the synthesis of glycosylphosphatidylinositol. This glycolipid is necessary for fixing a number of proteins on the cell membrane, including CD55 (a factor that accelerates complement inactivation), and protectin.

It is also assumed that paroxysmal nocturnal hemoglobinuria occurs due to proliferation of a defective clone of bone marrow stem cells; such a clone gives rise to at least three populations of red blood cells that differ in sensitivity to the activated components of complement. Hypersensitivity to complement is most characteristic of young circulating red blood cells.

With paroxysmal nocturnal hemoglobinuria, leukocytes and platelets, as well as red blood cells, are also characterized by structural defects in their membranes. The absence of immunoglobulins on the surface of these cells suggests that paroxysmal nocturnal hemoglobinuria does not belong to auto-aggressive diseases. The accumulated data indicate the presence of two independent populations of red blood cells – pathological (not surviving to maturation) and healthy. The uniformity of the damage to the membrane of red blood cells, white blood cells and platelets is an argument in favor of the fact that the common progenitor cell myelopoiesis is most likely to receive pathological information. The leading role in the genesis of thrombotic complications belongs to the intravascular destruction of red blood cells and stimulation of the coagulation process by factors released during their decay.

Due to the absence of two proteins – the decay acceleration factor (CD55) and protectin (CD59, an inhibitor of the membrane-attacking complex) – the sensitivity of red blood cells to the lytic effect of complement is increased. The decay acceleration factor destroys the SZ-convertases and C5-convertases of the classical and alternative pathways, and the protectin prevents the polymerization of the C9 component catalyzed by the C5b-8 complex and, therefore, disrupts the formation of the membrane-attacking complex.
These proteins are also lacking in platelets, but their lifespan is not shortened. On the other hand, complement activation indirectly stimulates platelet aggregation and increases blood coagulation. This, probably, explains the tendency to thrombosis.

Symptoms of paroxysmal nocturnal hemoglobinuria are very variable – from mild benign to severe aggressive. In the classical form, hemolysis occurs at a time when the patient is sleeping (night hemoglobinuria), which may be due to a slight decrease in blood pH at night. However, hemoglobinuria is observed only in approximately 25% of patients, and, for many, not at night. In most cases, the disease is manifested by symptoms of anemia. Hemolytic outbreaks can occur after infection, severe physical exertion, surgery, menstruation, blood transfusion and administration of iron preparations for therapeutic purposes. Hemolysis is often accompanied by pain in the bones and muscles, malaise, and fever. Signs such as pallor, jaundice, bronze color of the skin and moderate splenomegaly are characteristic. Many patients complain of difficulty or painful swallowing; spontaneous intravascular hemolysis and infections often occur.

Paroxysmal nocturnal hemoglobinuria often accompanies aplastic anemia, preleukemia, myeloproliferative diseases, and acute myeloid leukemia. The detection of splenomegaly in a patient with aplastic anemia should serve as a basis for examination in order to identify paroxysmal nocturnal hemoglobinuria.
Anemia is often severe, with a hemoglobin level of 60 g / l or lower. Leukopenia and thrombocytopenia are commonly found. In a smear of peripheral blood, as a rule, a picture of normocytosis is observed, however, with prolonged hemosiderinuria, iron deficiency occurs, manifested by signs of anisocytosis and the presence of microcytic hypochromic red blood cells. The number of reticulocytes is increased, except in cases where bone marrow failure occurs. The bone marrow at the onset of the disease is usually hyperplastic, but hypoplasia and even aplasia may develop in the future.

The level of alkaline phosphatase in neutrophils is reduced, sometimes even to its complete absence. All signs of intravascular hemolysis can be detected, but severe hemosiderinuria is usually observed, which leads to iron deficiency. In addition, chronic hemosiderinuria causes iron deposition in the renal tubules and impaired function of their proximal sections. The antiglobulin test is usually negative.

Vein thrombosis occurs in approximately 40% of patients and is the main cause of death. The abdominal veins (liver, portal, mesenteric and others) are usually affected, which is manifested by Budd-Chiari syndrome, congestive splenomegaly and abdominal pain. Less common is thrombosis of the sinuses of the dura mater.

The diagnosis of paroxysmal nocturnal hemoglobinuria should be suspected in patients with hemolytic anemia, accompanied by the release of black urine, leuko- and thrombocytopenia, thrombotic complications. Microscopy of urine sediment stained with iron is important, in order to detect hemosiderinuria, a positive Gregersen benzidine test with urine.

Normochromic anemia is detected in the blood, which in the future can become hypochromic. The number of reticulocytes increased slightly. The number of leukocytes and platelets is reduced. In plasma, the content of free hemoglobin is increased. In some cases, there is a decrease in the content of serum iron and an increase in the level of bilirubin. Protein test and hemoglobin count can be detected in urine.

In a myelogram, signs of increased erythropoiesis are usually found. In a bone marrow biopsy, hematopoietic tissue hyperplasia due to an increase in the number of erythro- and normoblasts, accumulation of hemolyzed red blood cells in the lumens of the dilated sinuses, and hemorrhage sites. Possible increase in the number of plasma and mast cells. The number of granulocytes and megakaryocytes is usually reduced. In some patients, devastation fields represented by the edematous stroma, fat cells can be detected. A noticeable increase in adipose tissue in the bone marrow is detected when the disease is accompanied by the development of hematopoietic hypoplasia.

The Hem test (acid test) and the Hartman test (sucrose test) are specific for paroxysmal nocturnal hemoglobinuria, since they are based on the most characteristic symptom of this disease – increased sensitivity of PNH-defective red blood cells to complement.

In some cases, it is necessary to carry out a differential diagnosis between paroxysmal nocturnal hemoglobinuria and autoimmune hemolytic anemia with thermal hemolysins, when a sucrose test can give a false positive result. A correct diagnosis is assisted by a cross-linked sucrose test using the patient’s blood serum and donor erythrocytes, detecting the presence of hemolysins. In a sucrose sample, complement activation is ensured by the low ionic strength of the incubation solution. This test is more sensitive, but less specific than the Ham test.

The most sensitive and specific method is flow cytometry, which allows you to establish the absence of protectin and a factor that accelerates complement inactivation on red blood cells and neutrophils.

The differential diagnosis is carried out with some forms of autoimmune hemolytic anemia occurring with intravascular hemolysis, kidney disease (with severe proteinuria), aplastic anemia, and lead intoxication. In severe anemia, transfusions of red blood cells washed with isotonic sodium chloride solution are indicated; for the prevention and treatment of thrombosis – anticoagulant therapy. With iron deficiency, iron preparations are prescribed. Tocopherol drugs are useful, as well as anabolic hormones (nerobol, retabolil).

Treatment of paroxysmal nocturnal hemoglobinuria is symptomatic, since there is no specific therapy. The main method of treatment for patients with paroxysmal nocturnal hemoglobinuria is transfusion of washed (at least 5 times) or thawed red blood cells, which, as a rule, are well tolerated by patients for a long time and do not cause isosensitization. Transfusions of freshly prepared whole blood or erythrocyte mass with a shelf life of less than 7 days are contraindicated due to the possibility of increased hemolysis, the development of hemoglobinuria crises due to the presence of leukocytes in these transfusion media, which leads to the formation of anti-leukocyte antibodies and activation of complement.

The volume and frequency of transfusions depend on the condition of the patient, the severity of anemia, and the response to ongoing blood transfusion therapy. In patients with paroxysmal nocturnal hemoglobinuria with frequent transfusions, anti-erythrocyte and anti-leukocyte antibodies can be produced.
In these cases, the erythrocyte mass is selected according to the indirect Coombs test, it is washed repeatedly with physiological saline.

In the treatment of paroxysmal nocturnal hemoglobinuria, nerobol is used in a daily dose of 30-50 mg for at least 2-3 months. However, in a number of patients, after discontinuation of the drug or during treatment, a rapid increase in hemolysis is observed. Sometimes taking this group of drugs is accompanied by a change in functional liver samples, usually of a reversible nature.

To combat bone marrow hypoplasia, antithymocytic immunoglobulin is usually used, as with aplastic anemia. The total dose of 150 mg / kg is prescribed iv for 4-10 days.

Patients with paroxysmal nocturnal hemoglobinuria, due to the constant loss of iron, often develop a deficiency in the body. Since an increase in hemolysis is often observed while taking iron preparations, they should be used per os and in small doses. Anticoagulants are indicated after surgery, but they should not be administered for a long time. There are a number of reports of the sudden development of hemolysis after heparin administration.

It was reported that in some patients, high doses of corticosteroids gave a good effect; Use of androgens may be beneficial.

Bone marrow hypoplasia and thrombosis, especially in young patients, serve as indications for transplantation of HLA-compatible bone marrow from a sibling (if any) already at an early stage of the disease. For the destruction of a pathological clone of cells, usual preparatory chemotherapy is sufficient.

The effectiveness of splenectomy has not been established, and the operation itself is poorly tolerated by patients.