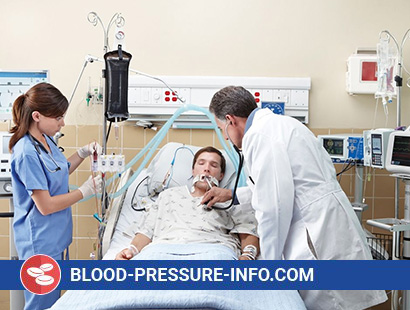 What is a Diabetic Ketoacidotic Coma?

Diabetic ketoacidotic coma is a specific acute complication of the disease due to absolute or pronounced relative insulin deficiency due to inadequate insulin therapy or an increase in need for it. The incidence of this coma is about 40 cases per 1 thousand patients, and mortality reaches 5-15%, in patients older than 60 years – 20% even in specialized centers.

The following pathogenetic mechanisms underlie the development of DKA: insulin deficiency (both as a result of insufficient intake and as a result of increased insulin demand against the background of absolute insulin deficiency in patients with type 1 diabetes), as well as excessive production of contra-hormonal hormones (primarily , glucagon, as well as cortisol, catecholamines, growth hormone), which leads to a decrease in glucose utilization by peripheral tissues, stimulation of gluconeogenesis as a result of increased protein breakdown glycogenolysis, inhibition of glycolysis in the liver and, ultimately, to the development of severe hyperglycemia. The absolute and pronounced relative deficiency of insulin leads to a significant increase in the concentration in the blood of glucagon, the hormone antagonist of insulin. Since insulin no longer inhibits the processes that glucagon stimulates in the liver, the production of glucose by the liver (the total result of the breakdown of glycogen and the process of gluconeogenesis) increases dramatically. At the same time, the utilization of glucose by the liver, muscles and adipose tissue in the absence of insulin is sharply reduced. The consequence of these processes is severe hyperglycemia, which also increases due to an increase in serum concentrations of other contra-hormonal hormones – cortisol, adrenaline and growth hormone.

With a lack of insulin, the protein catabolism of the body increases, and the resulting amino acids are also included in gluconeogenesis in the liver, exacerbating hyperglycemia. Massive lipid breakdown in adipose tissue, also caused by insulin deficiency, leads to a sharp increase in the concentration of free fatty acids (FFA) in the blood. With insulin deficiency, the body receives 80% of the energy by oxidizing FFA, which leads to the accumulation of by-products of their decay – ketone bodies (acetone, acetoacetic and beta-hydroxybutyric acids). The rate of their formation is much higher than the rate of their utilization and renal excretion, as a result of which the concentration of ketone bodies in the blood increases. After the depletion of the buffer reserve of the kidneys, the acid-base balance is disturbed, metabolic acidosis occurs.

Thus, gluconeogenesis and its consequence, hyperglycemia, as well as ketogenesis and its consequence, ketoacidosis, are the results of the action of glucagon in the liver under conditions of insulin deficiency. In other words, the initial reason for the formation of ketone bodies in DKA is the lack of insulin, which leads to increased fat breakdown in their own fat depots. Excess glucose, stimulating osmotic diuresis, leads to life-threatening dehydration. If the patient can no longer drink the appropriate amount of fluid, the body’s water loss can be up to 12 liters (about 10-15% of body weight, or 20-25% of the total amount of water in the body), which leads to intracellular (it accounts for two-thirds) and extracellular (one third) dehydration and hypovolemic circulatory failure. As a compensatory reaction aimed at maintaining the volume of circulating plasma, the secretion of catecholamines and aldosterone increases, which leads to a delay in sodium and helps to increase the excretion of potassium in the urine. Hypokalemia is an important component of metabolic disorders in DKA, causing the corresponding clinical manifestations. Ultimately, when circulatory failure leads to impaired renal perfusion, urine formation decreases, causing a terminal rapid rise in the concentration of glucose and ketone bodies in the blood.

Clinically, DKA usually develops gradually, from several hours to several days. Patients complain of severe dry mouth, thirst, polyuria, indicating an increase in DM decompensation. Weight loss can also be recorded, also due to the uncompensated course of the disease over time. As ketoacidosis progresses, symptoms such as nausea and vomiting appear, which in a patient with diabetes dictate the need for a mandatory study of the content of acetone in the urine. Patients may complain of severe abdominal pain, including accompanied by symptoms of peritoneal irritation (these manifestations may lead to erroneous diagnosis of acute abdomen and surgical intervention that worsens the patient’s condition). A typical clinical symptom of developing DKA is frequent deep breathing (Kussmaul breathing), often with the smell of acetone in exhaled air. When examining patients, there is a pronounced dehydration, manifested by dry skin and mucous membranes, a decrease in skin turgor. Due to the decrease in circulating blood volume (BCC), orthostatic hypotension may develop. Often patients have confusion and blurred consciousness, in approximately 10% of cases, patients are admitted to the hospital in a coma. The most typical laboratory manifestation of DKA is hyperglycemia, usually as high as 28-30 mmol / L (or 500 mg / dl), although blood glucose levels may in some cases be slightly increased. The state of renal function also affects the level of glycemia. If urinary glucose excretion is impaired as a result of a decrease in bcc or impaired renal function, hyperglycemia can reach a very high level, and hyperketonemia may also occur. When determining the acid-base state, metabolic acidosis is detected, characterized by a low level of blood pH (usually in the range of 6.8-7.3, depending on the severity of ketoacidosis) and a decrease in the content of bicarbonate in blood plasma (<10 meq / l). The levels of hyperglycemia and metabolic acidosis may not correlate with each other; glucosuria and ketonuria are also typical, allowing you to quickly establish a diagnosis of DKA. Possible changes in blood electrolyte levels. The potassium content in plasma may initially increase as a result of the transfer of its ions from the cell to the extracellular space due to insulin deficiency and metabolic acidosis, despite a deficiency in the body. Later it decreases both due to the increased loss of electrolytes in the urine, and as a result of therapeutic correction of acidosis. Plasma osmolarity is elevated (typically> 300 mOsm / kg). Despite a decrease in total sodium, chlorine, phosphorus, and magnesium in the body, serum electrolyte levels may not reflect this decrease. An increase in the content of urea and creatinine in the blood occurs as a result of a decrease in bcc. Leukocytosis, hypertriglyceridemia and hyperlipoproteinemia are often noted, sometimes hyperamilasemia is detected, which sometimes makes doctors think about a possible diagnosis of acute pancreatitis, especially in combination with abdominal pain. However, detectable amylase is produced mainly in the salivary glands and is not a diagnostic criterion for pancreatitis. The concentration of sodium in plasma is reduced due to the dilution effect, since the osmotic effect of hyperglycemia leads to an increase in the amount of extracellular fluid. A decrease in sodium in the blood correlates with the level of hyperglycemia – for every 100 mg / dl (5.6 mmol / L), its level decreases by 1.6 mmol / L. If a normal sodium content in the blood is detected with DKA, this may indicate a marked deficiency of fluid due to dehydration.

The main diagnostic criteria for DKA