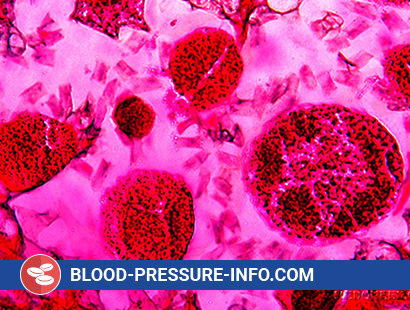 What is Hereditary Hemolytic Anemia caused by the disturbance of the activity of Erythrocyte Enzymes?

The breakdown of glucose in red blood cells is carried out mainly by glycolysis (the process of splitting carbohydrates). 1 molecule of glucose is split into 2 molecules of lactic acid. The only source of energy in red blood cells is glycolysis. This process consists of a series of consecutive reactions. Thus, after the chain of reactions, 2 ATP molecules are consumed, and 4 are formed, since 2 molecules of pyruvate arise from each glucose molecule. This small amount of energy provides the erythrocyte with maintaining a normal ionic balance.

In the mechanism of development of anemia associated with a deficiency of the activity of glycolysis enzymes, the main role is played by impaired energy production, as a result of which the ionic composition of erythrocytes changes, their life expectancy is shortened.

Clinical signs of hemolytic anemia with deficiency of glycolysis enzymes can be different – from severe to asymptomatic forms. In most cases, clinical manifestations cannot distinguish one enzyme deficiency from another.

Most patients have mild hemolytic anemia with a constant decrease in hemoglobin to 90-110 g / l and periodic hemolytic crises against this background during infection or pregnancy. In some patients, the hemoglobin content never decreases, the disease manifests itself only with a slight yellowness of the sclera. Significantly less often, with enzyme deficiency hemolytic anemias, severe jaundice occurs.

The spleen is enlarged in most patients, some significantly. Its normal size does not exclude hemolytic anemia associated with impaired enzyme activity. In some patients, the liver is enlarged.

Single described cases of hereditary deficiency of glucose phosphate isomerase activity are accompanied by severe hemolytic anemia. With a deficiency of various other enzymes, clinical manifestations may be absent, however, cases of very severe forms of an enzymatic defect in erythrocytes have been described.

Hematological parameters are different depending on the clinical manifestations of the disease. The content of hemoglobin and red blood cells may be normal, but severe anemia is also possible (40-60 g / l). In this case, the color index approaches one, and the average concentration of hemoglobin in the erythrocyte is within the normal range.

Quite often, with this group of pathologies, pronounced anisocytosis, poikilocytosis, erythrocyte polychromasia are found. In many forms of anemia, targeting is determined.

For all forms of hemolytic anemia with constant destruction of erythrocytes, irritation of the red sprout of the bone marrow is characteristic, one or another increase in the number of reticulocytes.

The clinical and hematological signs of the disease depend on the level of the lesion. It is important not only to disrupt the formation of ATP as a result of a particular defect, but also what intermediate product accumulates. It depends on the location of the hereditary enzyme defect. The heterogeneity of the enzymatic disturbance is also important at the same localization of the defect. Just as in hemoglobinopathies, amino acid substitutions in the erythrocyte enzyme molecule change the enzyme function in different ways and cause differences in the clinical manifestations of the disease.

Differential diagnosis of enzyme deficiency hemolytic anemias with various diseases depends on the clinical signs of the disease. The first stage of diagnosis is to clarify the nature of hyperbilirubinemia associated with an increase in free, indirect bilirubin; enzyme deficiency anemia must be differentiated from Gilbert’s disease and mild chronic hepatitis.

Hemolytic anemia is characterized by enlargement of the spleen, irritation of the red sprout of the bone marrow, reticulocytosis, a change in the morphology of erythrocytes, sometimes a decrease in hemoglobin levels, and a shortening of the life span of erythrocytes. With Gilbert’s disease, there are no signs of increased erythrocyte destruction and liver dysfunction.

Comparative diagnosis of hereditary hemolytic anemias and chronic hepatitis causes significant difficulties. Although in hepatitis, both direct and indirect bilirubin are often increased, in some cases of chronic or incompletely resolved acute hepatitis, bilirubin is increased mainly due to indirect. Differential diagnostic difficulties increase when the spleen is enlarged in hepatitis, especially if chronic hepatitis is accompanied by autoimmune hemolytic anemia.

It is necessary to distinguish between hereditary dyserythropoietic and hemologic anemias. Dyserythropoietic anemia is accompanied by hyperbilirubinemia due to an increase in the indirect fraction, an enlargement of the spleen and, in contrast to hemolytic anemias, a normal level of reticulocytes. In this case, a sharp predominance of red cells and a large number of binuclear erythrokaryocytes are found in the bone marrow.

To make the correct diagnosis, the doctor is largely helped by the study of the type of inheritance of the disease. It should be noted that the forms of hemolytic anemia caused by a defect in membrane proteins, for example, microspherocytosis, stomatocytosis, are transmitted according to the dominant type, and most enzyme deficiency hemolytic anemias are recessive.

The inheritance of a deficiency of the enzyme glucose-6-phosphate dehydrogenase is linked to the X chromosome, therefore, mainly men suffer from this form of hereditary pathology. In differential diagnosis with hemoglobinopathies, it should be borne in mind that these forms of anemia are inherited codominantly, and in hemoglobinopathies associated with the carriage of unstable hemoglobins, the disease is clinically manifested in heterozygous carriers and, therefore, is transmitted from generation to generation.

The most important criterion for the disease is laboratory detection of an enzymatic defect in erythrocytes. There are rapid methods for detecting deficiency of glucose-6-phosphate dehydrogenase activity. If deficiency is detected by the express method, a quantitative activity test is required to confirm the diagnosis.

Treatment is prescribed only when the clinical manifestations of hemolytic anemia require active therapy. Blood transfusions are required only for severe hemolytic crises with signs of hemodynamic disturbance.